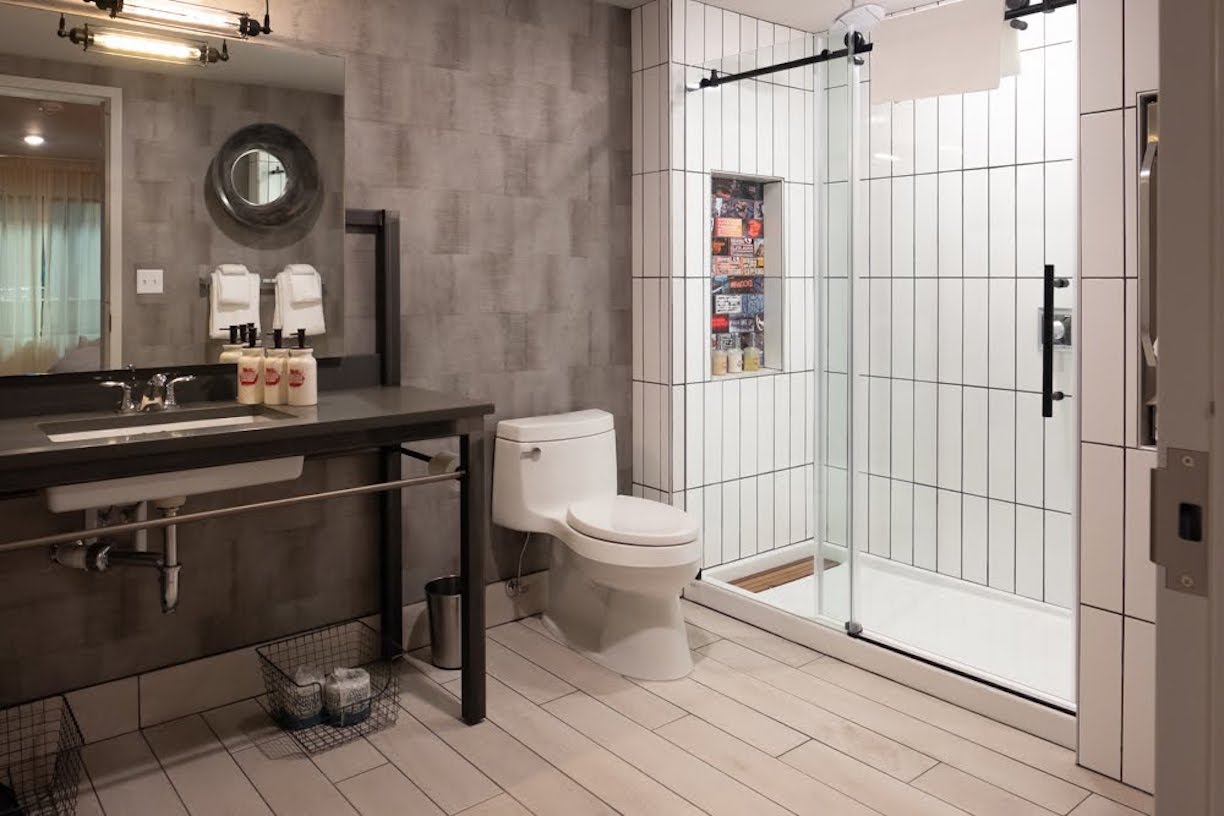 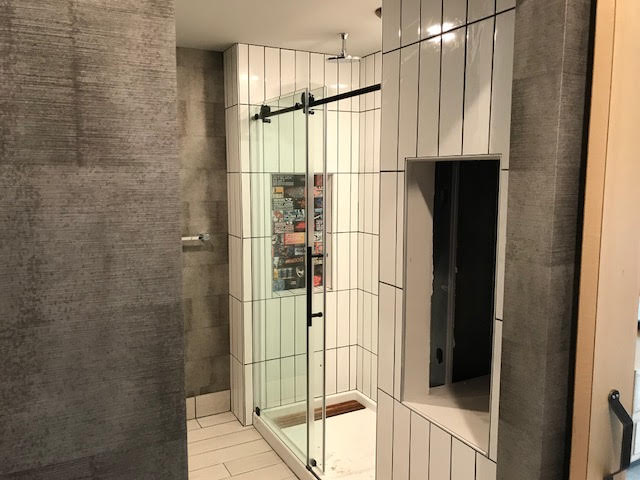 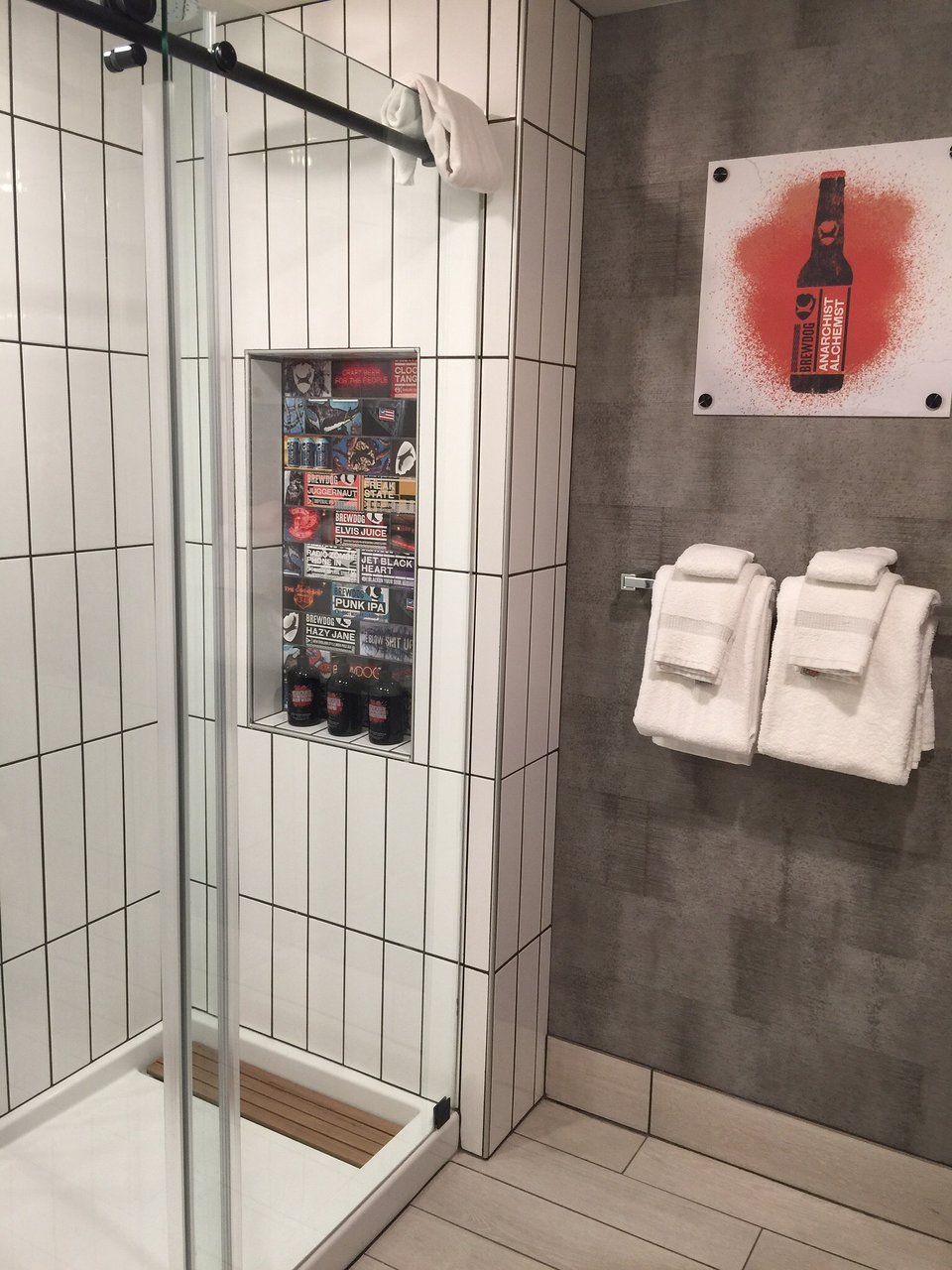 Imagine Tile teamed up with Design Collective to create custom tiles for the world’s first hotel inside a brewery, The DogHouse. These 3x6 tile capture the essence of each brew crafted by BrewDog. The craft beer-themed hotel displays them on the inside the shower of 32 guest rooms including 8 suites. All equipped with beer taps and stocked beer fridges in both the rooms and showers.